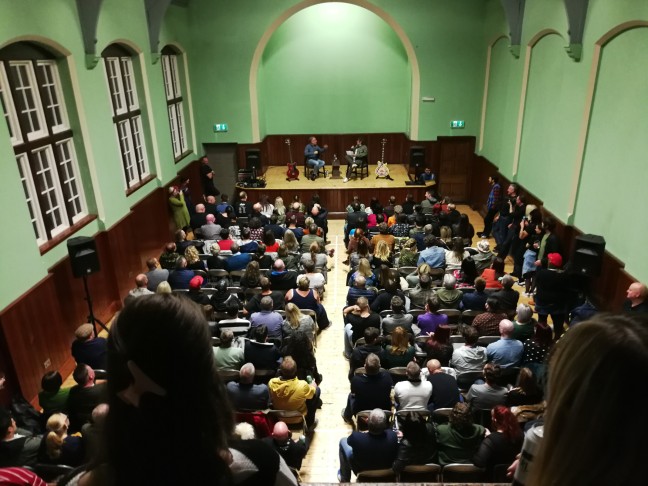 On Saturday night Peter Hook and Mani played to a packed house in the concert hall for ” Touching Bass” an in conversation event arranged by Alison Bell. This is the third of these popular fundraising events for the club and attracted music fans from as far afield as the USA and Argentina. The audience were treated to great stories by these 2 Manchester Music legends. They are both Manchester United fans and former United star Brian McClair was in the audience; City’s Paul Lake introduced the event to give a semblance of balance to this red affair! 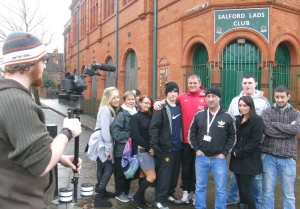 The event was captured by Stephen Wright  and sports writer Henry Winter for the Daily Telegraph.

The picture shows a group of young people and project workers Lee, Roy and Sheila filming outside the club last month as part of the Kickz project.