The Club will be open to visitors on Saturday and Sunday, 10th and 11th September from 11am-4pm. We have a special exhibition of The Ghost Camp on show in the Concert Hall. The Smiths Room is open and has many more pictures since it first opened in June 2004.

Leslie Holmes has also written and directed a 4-episode radio serial about the Ghost Camp.

It has been recorded at the club and stars many of our young club members and club workers. The main parts are played by 15 year old Tom Swift and 12 year old Niall Armsden. Actress Penny McDonald played the mother. Vinny Peculiar has written and recorded a song especially for The Ghost Camp serial. This can be heard each Monday between 3pm and 5pm on Salford Community Radio on 106.4fm or on the web at www.salfordcommunityradio.org from 13th June 2005.

From 18th June – 3rd July 2005 our concert hall will be transformed into a ghostly campsite by artist Leslie Holmes.

Find out about other events taking place during Architecture Week at www.architectureweek.org.uk 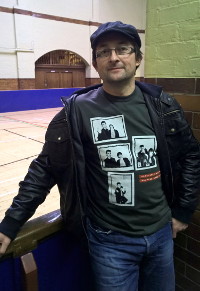 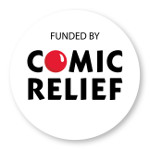 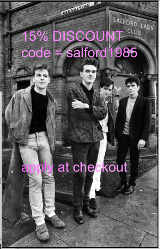